Download File
Denizens of our being; this music is designed with sacred frequencies and incorporated auditory entrainment.

To create a fluid mosaic via sound and a bowl of water, the bowl of water doesn't need ears or pitch differentiation. Similarly, your brain is mostly water and will react the same way. Entrainment is a very real and observable phenomenon... you don't need sound to work with Hz... the US government did most of its mind control MKULTRA experimentation by pulsing lights at a specific Hz... not sound.  Now, where it concerns the actual history, we can go back 9,000 years ago to the island of Malta to the oldest freestanding manmade structures in the world, and we'll find the Hypogeum of Ħal-Saflieni - the oldest instrument in existence. And we'll find that its incredible construction and resonation chamber resonate at a specific frequency - 110Hz and we know from neuroscience that 110Hz has a distinct effect on brain hemisphere synchronization - just like 432Hz. We can go to Greece, Rome, the Middle East, and Sub-Saharan Africa and find musical instruments tuned to multiples of 432Hz.

The epicenter of Benevolence Messiah music is the sacred instrument known as 'The Benevolence Bass.' It's a hybrid DAC-based instrument that's extensively comprehensive physics and sacred geometry allows it to fold and texture over itself from a single source of oscillation. Another signature facet is the compounding of entrainment instances.

Please notice though, that the version you would hear being streamed is only at 128Kbps while the version I made for entrainment is at 12,288Kbps; 192KHz Sample Rate; 32Bit (Float) Sample Size... essentially losing quality, entrainment capability, attenuation, and spatial (temporal) stimulation due to the compression encoding... the music is, by my estimate, only about 60% as effective in it's streamed format... all the same, it is still extremely powerful since it compiles multiple instances of entrainment... That being said, it is advised that you download the  original studio cuts of entrainment tracks as opposed to streaming. It is also advisable that you read the Warnings and Listening Instructions for your own safety. 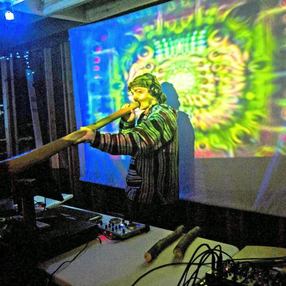 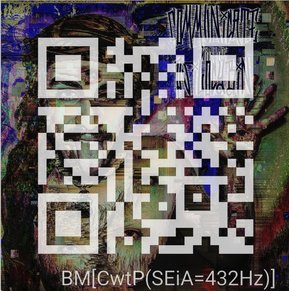